Troubled Japanese game and hardware maker might need a new console, but is this it? 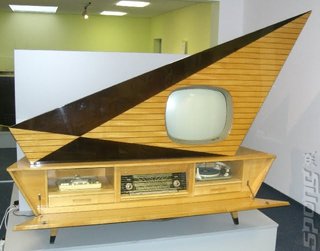 Nintendo is feeling the hard times right now with the Wii U failing to sell and its games offerings relying on old and beloved characters. So the time might seem right for a new console using CPU: ARMv8-A Cortex-A53 GPU: Custom Adreno 420-based AMD GPU and even a "Thumbprint Security Scanner with Pulse Sensing Feedback".

And so these specs and more have emerged in not one but two units called Nintendo Fusion DS and Terminal. Yes, that was the name of the Nintendo lead rock tour in the 2000s. So, what are those specs?

Those come from Gaminrealm, which also quotes one unnamed source stating - in an incredibly garbled manner:

"Nintendo has already begin making demo software for the targeted prototype hardware in efforts to curb the Wii U mistake in the software pipeline (they started creating software after prototyping and were unable to give major software push the first two years as a result). Nintendo plans to make most of the software prototypes into games and applications around the launch of the unit.?

We reckon this means that Nintendo is going to make Fusion's O/S and SDK available in much more time than it for Wii U. That makes sense. A new piece of hardware within the next two years, that does not make sense.

Not sure why not. I'd be pretty sure that's what Microsoft is going to do with the XB1 (the virtualised aspects of the OS will make it much easier to manage backwards compatibility), and Sony will probably be going this way as well, so wouldn't be surprised that Nintendo will be bringing out new hardware so soon - particularly as they at least seem to be providing a viable upgrade path with backwards compatibility.

Apple have been doing it for a long time now (in tech time scales anyway) and making a fortune in the process, so doesn't come as a surprise that Nintendo will be doing so as well.

Besides, if the WiiU has failed, might as well bin it and get something new out that could bring them back to Wii type levels of success.

Steviepunk 22 Jan 2014 22:43
3/3
@Daz You wouldn't have thought so...
Problem is that publishers are losing interest in the WiiU and it's losing retail presence, it might be getting to the point where they won't be able to save it (if they have not passed that already).
The 'next-gen' buzz of a new console could see it more viable to launch a new console than salvage the current one.

That said, the specs are a little suspect anyway - 4.6TFlop/s on the GPU is more than twice the power the PS4, yet they have less memory (though that might not matter if their OS is very low overhead)
Even with Moores law, it would be hard to see how they could sell this for a profit and not price themselves out of their target markets budget


Posting of new comments is now locked for this page.